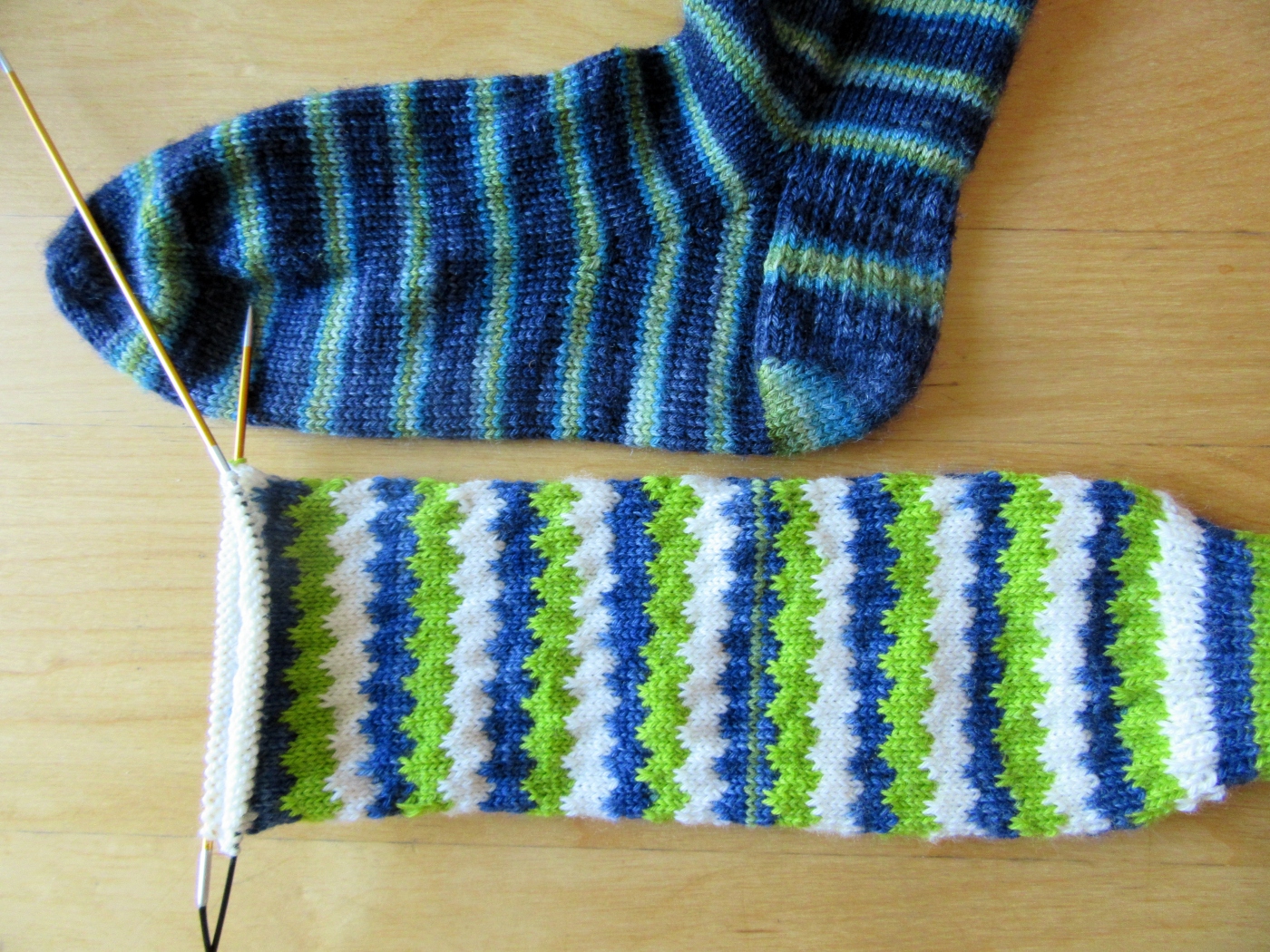 I recently finished knitting a pair of Geek socks which are to be a present (seems like I am doing a bit of Christmas gift knitting after all!)  I took some pictures as I was knitting them to explain some of the technical aspects that are specific to afterthought heels and that sometimes catch people unawares.

One of the questions I got when the pattern was first released was how to measure the length of the foot when there is no heel to measure.  In the photo below, I am about to start shaping the toe of the Geek sock.  The part where the heel begins on the Geek is where the waste yarn (green line) goes through the blue section – see how I have aligned it to the inner edge of the heel flap? 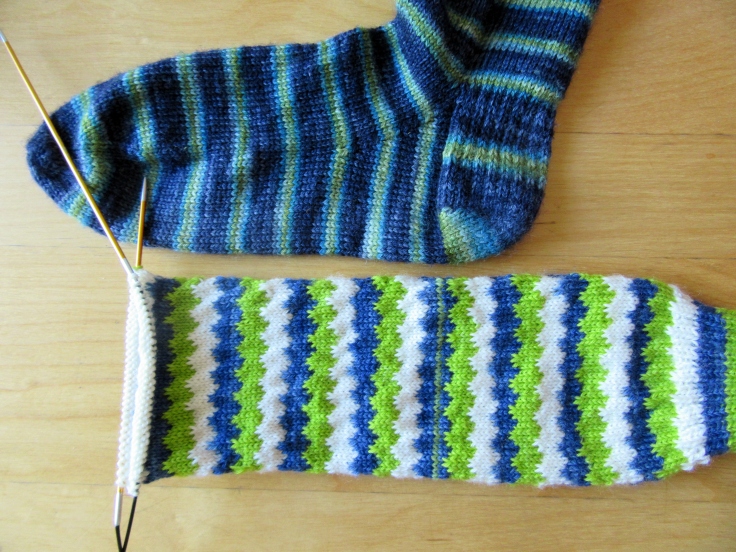 From the green line, the measurement to the beginning of the toe shaping is the same as if you were measuring from the inner edge of the gusset/heel flap (as illustrated above).  This way of measuring has never been an issue with me because I learned to measure sock length using this method (the final measurement of the sock automatically includes the addition 2″/5cm of heel depth). However, I know that others do measure from the back of the heel, and this is probably why some had difficulty.

Next I went along merrily shaping the toe, and then I went back to work the afterthought heel.  I completed the heel and then did a test try-on of the sock.

Apologies for the poor quality of the next pic – it was taken with my phone camera to post to Instagram. 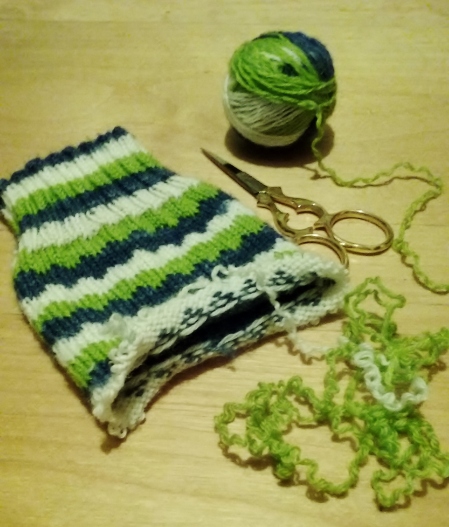 Disaster!  Silly me did not check against what I had written in my own pattern, and I had not worked two plain rounds after picking up all the heel stitches from the waste yarn and before starting the heel shaping.  The sock was far too tight around the ankle as a result.

Now, by this stage I had also confidently woven in all the ends, and do you think I could find them all for the simple task of ripping the heel!??  I got madder and madder, then out came the scissors.  Snip! Snip! Snip!  Fine then!!  I shall reknit the foot and afterthought heel instead!  I have to say certain therapeutic value was gained from cutting up that sock… 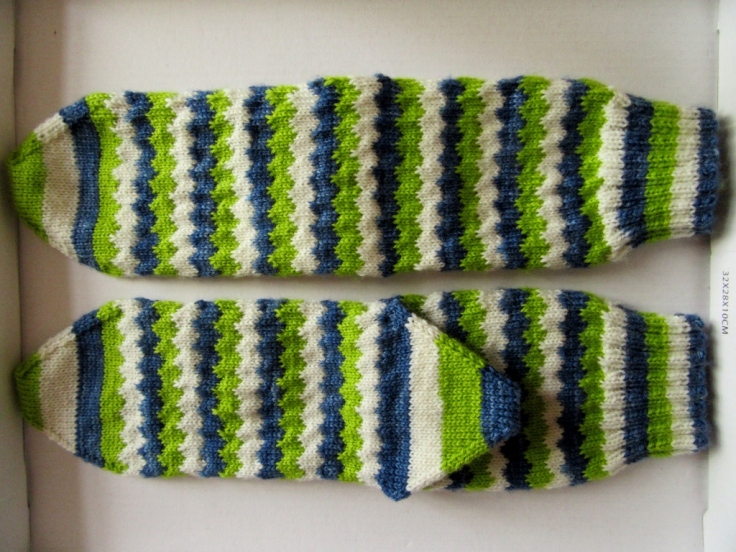 They turned out well in the end. Those afterthought heels sure look odd compared to a normal heel, but they fit just as well (so long as one remembers those extra rounds before starting to shape the heel!)

I’m not a fan of blocking socks.  My take is that they block when you wear them, so why bother!  The only value that I see in sock blockers is that they make the sock look pretty if you’re going to photograph them unworn.  If you are giving the socks away, I guess they do give them a certain ‘finished’ look!

I’m fairly sure that most people instantly recognise this yarn, but if you are wondering, it’s Stray Cat Socks in the Aotearoa colourway.

9 thoughts on “Geeks that weren’t and were”