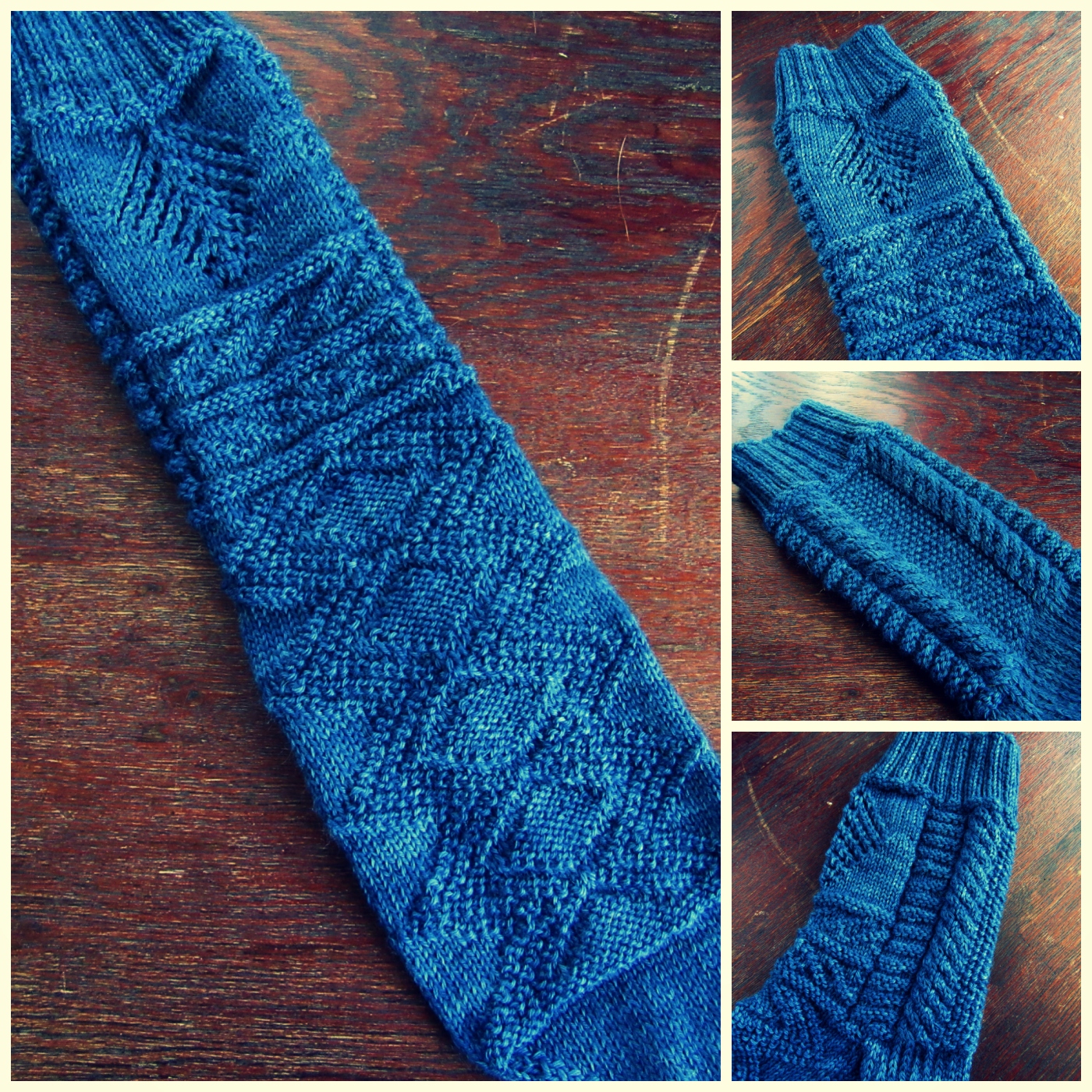 Welcome to the beginning of Socktober festivities!

Today I am pleased to release two new sock patterns.

They are the large version of the Eriskay socks:

This pattern is the sock version of a modern take on the Eriskay gansey. Ganseys were knitted, functional sweaters worn by those who needed to be able to move freely in an age when garments were almost without exception heavy, stiff, tailored and restrictive. They originated with the sea folk of the British Isles – fishermen, sailors and the navy, who needed to wear garments that would be warm, wind and waterproof while allowing ease of movement. Typical patterning featured vertical or horizontal bands of knit and purl patterns and some cabling, inspired by the seascape and tools of their trade. The fancier ganseys were kept for ‘best’, with plainer, workday ganseys knitted with practicality and ease of repair in mind. The gansey from the island of Eriskay was known as the most ornately patterned gansey of the British Isles, and featured elaborate knit and purl patterns, cabling and lace.

Purchasers will get two patterns with this purchase – the large version shown above, and the existing medium size shown below. The large size version above was knitted using Vintage Purls Sock. It takes almost exactly 100g (360m) to knit a large-sized sock.

The second new sock pattern is the Train Spotting socks.

Knitting on public transport is a somewhat specialised sport. You want to not infringe on other passengers’ personal space, and you also want to work on something interesting that doesn’t need frequent pattern checks or complicated stitch manoeuvres.  Socks are some of the most ideal travelling knits for that reason. I designed these socks to knit during my commute to work; interesting to knit but at the same time not require too much looking at a pattern or fiddly stitches.  It is called Train Spotting in honour of the reason behind this pattern and because I think the little windows in the pattern look like the flashing windows of a train going by.

And don’t forget the best bit:  All purchases of my sock patterns between now and 31 October 2016 qualify for a 40% discount with the coupon code SOCKtober2016 (sinply enter this code on checkout to obtain the discount).